As a Beagle Harrier rescued at at early age, I missed out on a large chunk of my formative years both socially and in puppy training.  This proved to be quite disruptive when I first arrived in my forever home. No one really knew what to expect of each other, so it was almost like a stand off. I knew it was warm, I knew it wasn’t draughty and I knew that I got walks, food and some play time. Oh and my beds, I knew all about those. But there was this nagging doubt; was this permanent or was I just in another temporary home whilst these 2 gave up on me after a few months or so.

After the initial efforts at Dog Training School it was clear that it wasn’t for us. I was confused, I was skittish, I was directionless I suppose. I needed a purpose, some regimentation. I did not need to be dominated, shouted at and told off which was the routine at Training School. 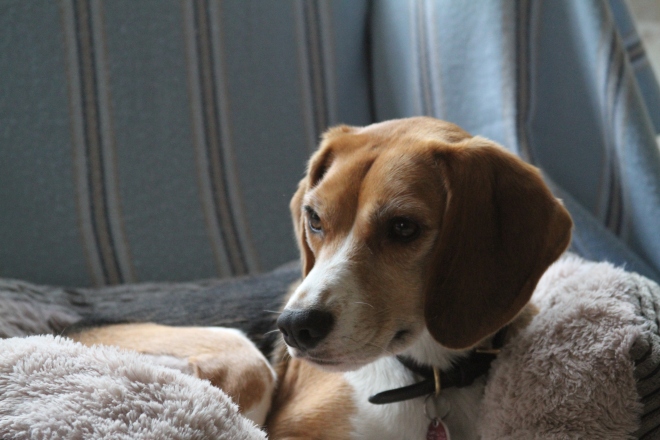 The walks in the early days were very helpful in getting some energy out of my paws and allowing me to rest a while when we returned home. However I was still anxious to know what was going on and where. Every time a door was opened or someone left a room, I wanted to know where they were going and why it didnt involve me. Settling was clearly a problem. Play time was great but when it finished, I wanted more and didn’t understand that it was down time. Toys were shredded in frustration quite regularly. While this may have been funny to see the dismembered soft toy stuffing strewn like a crime scene across the rug, it probably hid an underlying feeling of anxiety that I had to make the best of this house, whilst it lasted. I was trying to find my way through life, I had been in a home, as well as the rescue centre twice, and I didn’t want this one to be just be another home on an ever growing list. 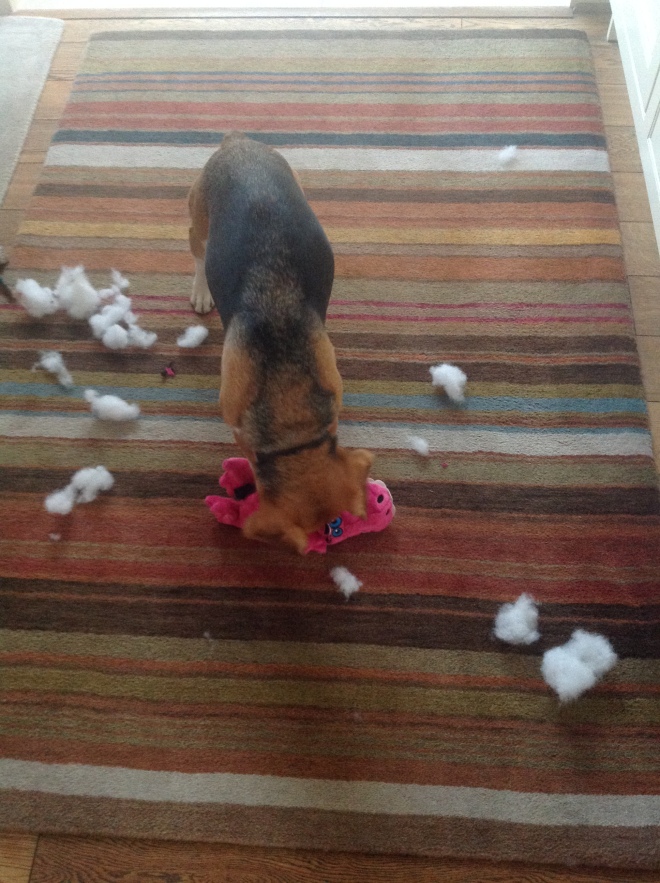 I could see these two people wanted to succeed in getting me to settle down and they were learning at the same time as myself. They clearly wanted to work with me, and when the training came along I took to it well. They were very canny however, as the treat based training didn’t go over board. There was significant use of praise to show me what was good, bad or indifferent. My mind wasn’t really occupied at first. Walks, tearing toys and sleeping remained the primary objects in the early stages. However when the training was increased and became more varied, it gave me something to actually think about. And to do something right, getting praise for it, was good as I could see the happiness for the humans too. I could feel my life changing. I was occupied with all sorts of activities and I was settling. When people left the room, now and again I stayed where I was. Sometimes I would get up and follow, but mostly I would stay where I was. The over riding fear of being moved on again was going, almost imperceptibly as I relaxed into my forever home.

I knew I wasn’t going anywhere without these two. Doubts? What doubts?

Enjoying life in my forever home. Sharing my contentment with whoever will read my tales. I live in Buckinghamshire, UK. View all posts by rescuedogdexter

2 thoughts on “The nagging doubt”