When I arrived in my new home, I had no idea that there was a wonderland of a garden attached to it. For the first few months I was shackled to one of my humans so couldn’t really enjoy it as much as I would have hoped. The number of trees made me suspicious that there were loads of little squirrels around. They would need chasing at some point.

I was allowed to roam fairly free after a couple of months, albeit on a long lead so I could at least chase a ball. I chased pigeons but they were pesky and kept on flying away. I think the squirrels were watching me and stayed out of my way. I could hear them, and sometimes see them, but they didn’t stray into my garden.

After a while I had calmed down enough to allow my humans to let me off the lead and to be trusted. It happened one day when I could hear them talking. I walked into the middle of the grass and sat down, the lead was unclipped from my harness and I just stood up and wandered off. I think this shocked all concerned. One thing I learned very quickly was that I could survey all the garden if I sat on the patio table.

One day I wasn’t allowed in the garden as usual. I wanted to go and explore and play but I was being kept indoors. When I looked out again, there were many people in the garden and they were taking away 2 of my trees. Apparently the trees had a nasty disease which was eating them from the inside. They would have fallen over if they weren’t taken away. 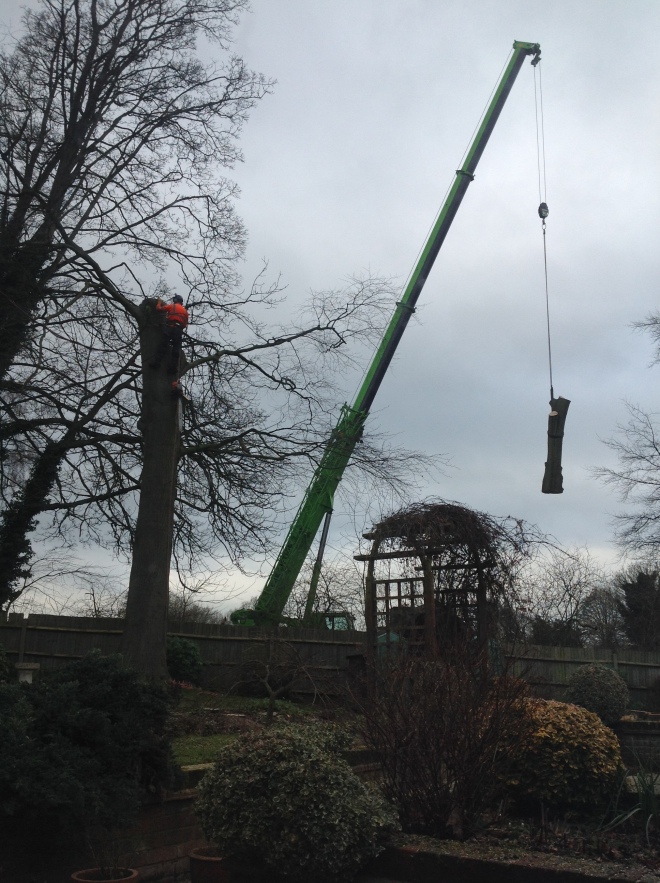 I have found many things in my garden, many of them are somewhat grisly and gruesome. One day, I was nosing about under one of the Yew tree and I was surprised to find a squirrel, but it wasn’t moving. Normally they like to run away from me but when I picked it up gently in my teeth, I saw it was headless so very dead. Another time there were two legs sticking out of the grass so I think the rest of the pigeon had been eaten. My human mum then found a ball of feathers and blood, so another pigeon had succumbed to the red kites who live in the area.

Now the only wildlife that I see in my garden is a tiger. Sadly I cuddled my tiger with my teeth and he doesn’t look like this any more. 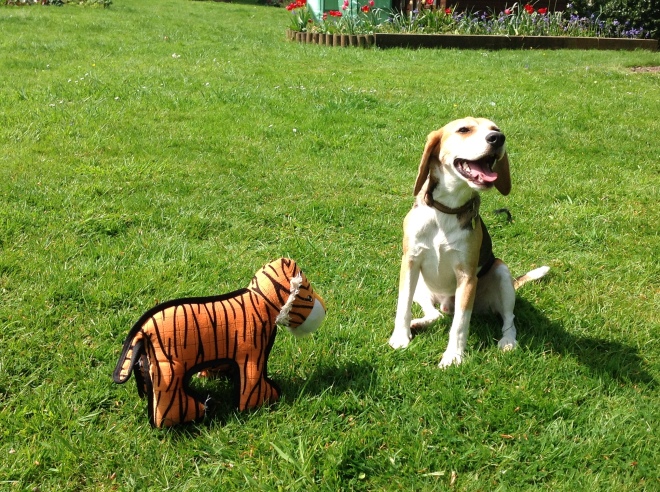 I love having freedom to run and play, I’m very lucky. Its safe for me. But I’m still waiting for the squirrels to dare to venture into my garden.

2 thoughts on “My Garden”